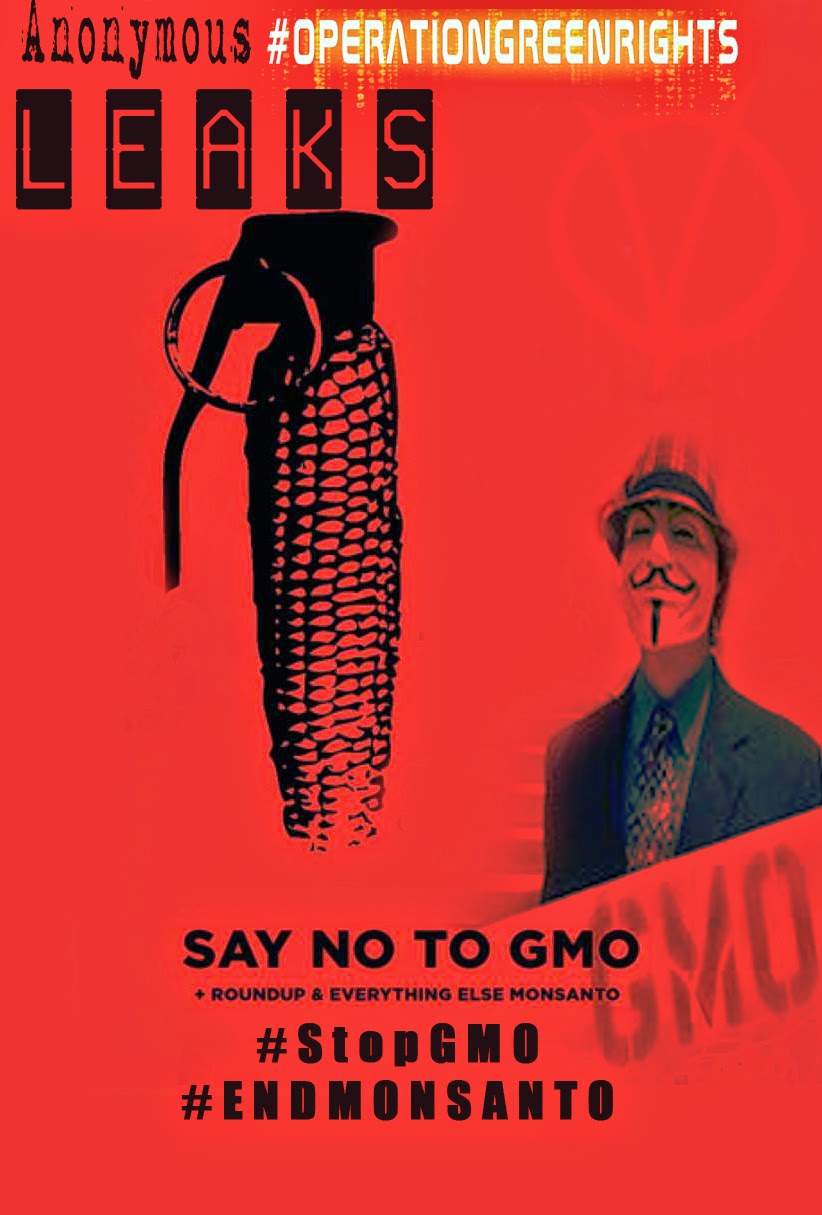 We are still having fun with some of the accounts released.
Inside we found documents related to studies on GMOs and other projects
LINK PART4
https://anonfiles.com/file/6c2a446f0d53164abea82f47ab86278d (136MB)
other parts of the exposed material here

We have found many confidential documents within an account of a former Monsanto employee.
Therefore, we are following up by obtaining archives from two other Monsanto subsidiaries and are investigating further.
We understand that a good portion of this material concerns safety measures to avoid environmental hazards while creating GM seeds.
A great number of these research documents reveal that not only GMO products have been proven to be unhealthy, but also the process of GMO manipulation is dangerous because of the great risk of external contamination.
Other documents show that pesticide fito-treatments from Bayer and Sygenta produce contamination and destruction of other crops.
Take a look at the following link for some samplings of our findings:

Material Collected up to this point
PART1|PART2|PART3|PART4 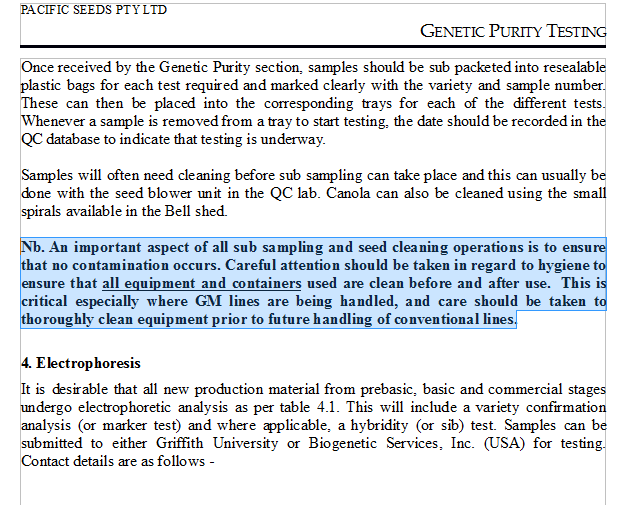 24 May March Against Monsanto:1800 Accounts Hacked! Monsanto, Bayer, Dow, Syngenta and many others 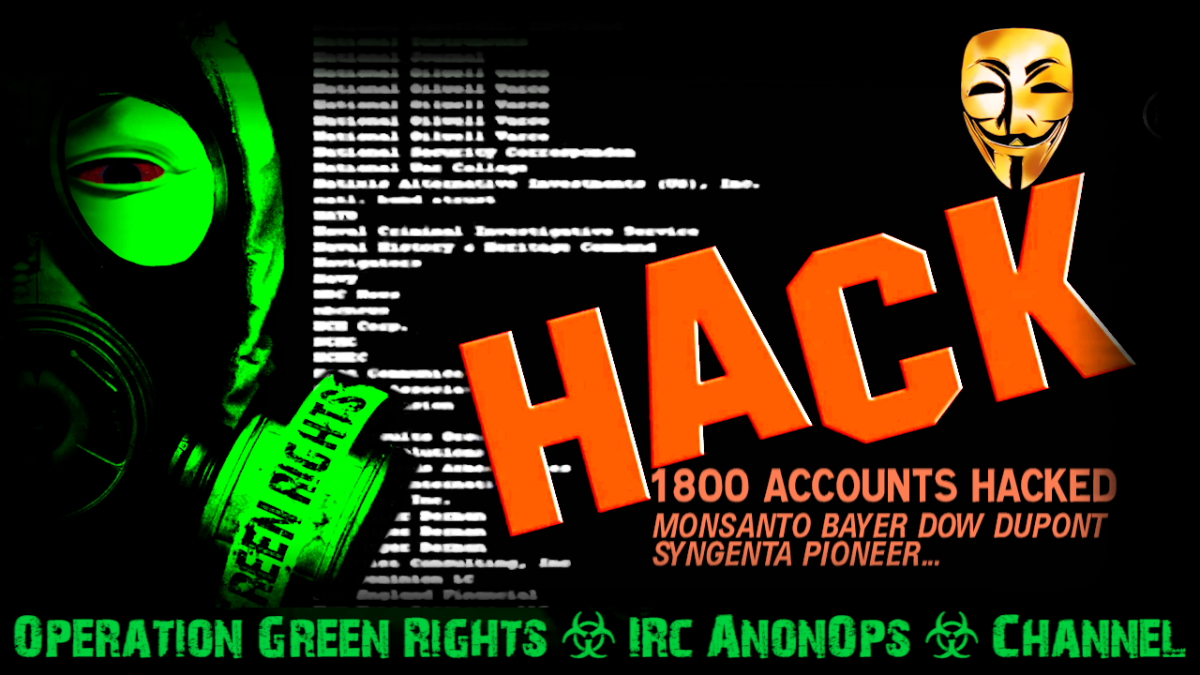 Citizens of the world,
Anonymous Operation Green Rights wishes to publicize its opposition to all environmentally destructive business practices.
We are prepared to retaliate against the industry giants responsible for polluting and contaminating natural resources with over eighteen hundred emails and passwords from Monsanto, Syngenta, and Bayer, to name a few. However, due to restrictive video uploading rules, we are unable to post this data within this video. We will be releasing this data across several other mediums for maximum exposure.
To those of you who views everything that exists as a commodity to buy or sell in the name of profit and prominence we say: You are next. All of the money in the world will never replace the beauty of unspoiled nature, ever. Your dirty money can never supercede our right to be protected against the exploitation of living beings and Earth itself.
We should  not be exposed to and live upon disfigured, exploited poisoned land, due to the corporate demand and use of genetically modified seeds and chemicals such as the herbicide RoundUp,  aiming to gain ever larger market share.
Small farmers see their rights denied and their lives and businesses destroyed in the name of corporate profit.
Our environment is being destroyed and polluted by the interests of large industries appearing to be relentlessly opposed to our basic right to safe food and a healthy ecosystem, with only their financial interests in mind.
Your greed and lust for power are visible to all. We see when previous Big Ag employees have been appointed to government power.
You present yourself to be mindful and caring of the tragedy of perpetual hunger in impoverished countries. However, you are willfully accelerating the decay of the inhabitants of our entire planet. This makes you guilty of a genocidal agenda by fueling the spread of GMOS and their related chemical toxins, creating devastating effects on both human and animal health, already confirmed by numerous studies. Many countries have already rejected your toxins, and their lead is being followed.
We strongly condemn your deceitful statements and your misleading advertising about the purported benefits of genetically modified crops.
Anonymous OperationGreenRights has fought and will continue to fight against your destructive agenda.
Where corruption of world powers threatens irreparable damage to nature and the well-being of people, the need to rebel is overwhelming.
The right to save, sell, or give away seeds is our birthright as human beings. You can never take this from us.
That said, we wish our protestors a very successful March Against Monsanto, and our continued cyber-sabotage is done in solidarity and tribute to their struggle and their courage. 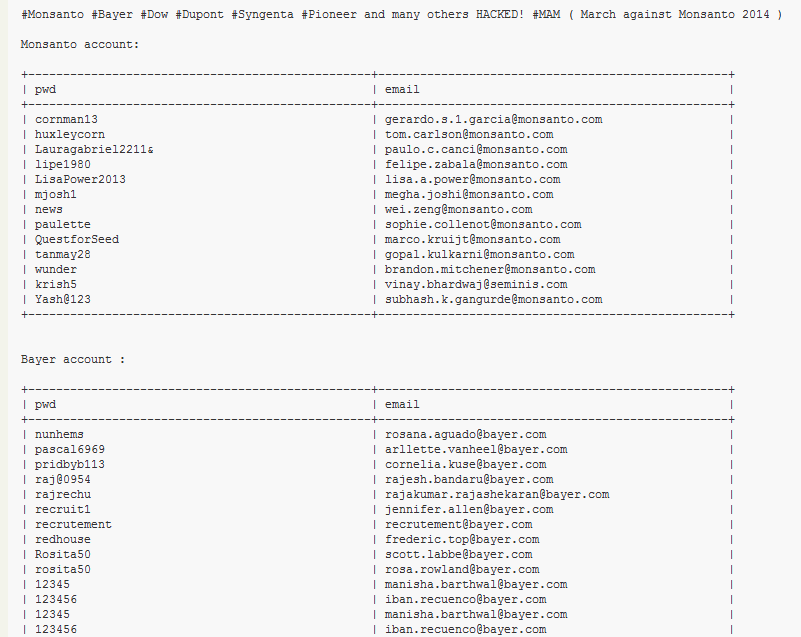 #Monsanto #Bayer #Dow #Dupont #Syngenta #Pioneer ...and many others


The combined use of GMO's and Roundup superpathogens generates a fungus that contaminates the land as well as our bodies, and is able to cause cancer, deformities and infertility in cattle; this is also scientifically proven by the results of other, more recent research.
This pathogen has been linked as a potential cause of "white nose syndrome" (WNS), which has killed over 7,000,000 bats.
These pesticides, including neonicotinoids, are causing widespread deaths of bees and other insects
As it is known, bees and bats are essential in the pollination of many plants thus ensuring continued life on the planet.
The bats  are mostly insectivorous, so their disappearance caused the uncontrolled increase of insects and this has led Monsanto indiscriminately to promote the increased use of pesticides.
The dying off of bats was greater in America where Monsanto products are the  most widely used and less in Europe, where Monsanto is not as largely present. The pathogen that kills bats is a kind of fungus just like the super mold generated by its crops.
These are but a few corroborations that Monsanto and other agri-mafia GMO giants have in the annihilation of the bat population.
Monsanto, Syngenta, and Cargill participate with other industries' agri-mafia promoting RTRS (http://www.responsiblesoy.org/proyectos/uso-de-pesticidas/?lang=en), which helps to acquire fertile land for these industries all over the world to cultivate GMO's and overuse pesticides.
RTRS also participates in the WWF and certification of the "bio-sustainability" of GMO crops.

Monsanto Operation Green Rights curses the deadly domain that your criminal band is extending all over the globe and wish with this operation to harm Monsanto possibly with the maximum damage to his evil activities.

Waiting for the March Against Monsanto 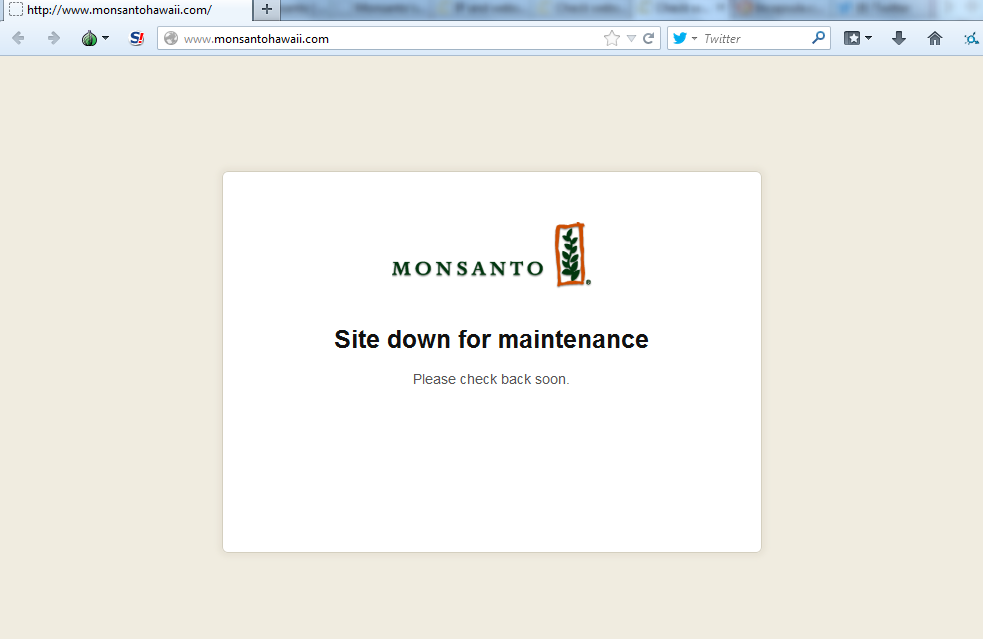 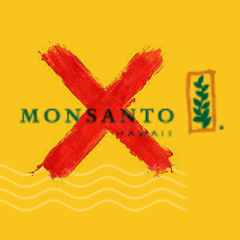 Anonymous support #24May March Against Monsanto 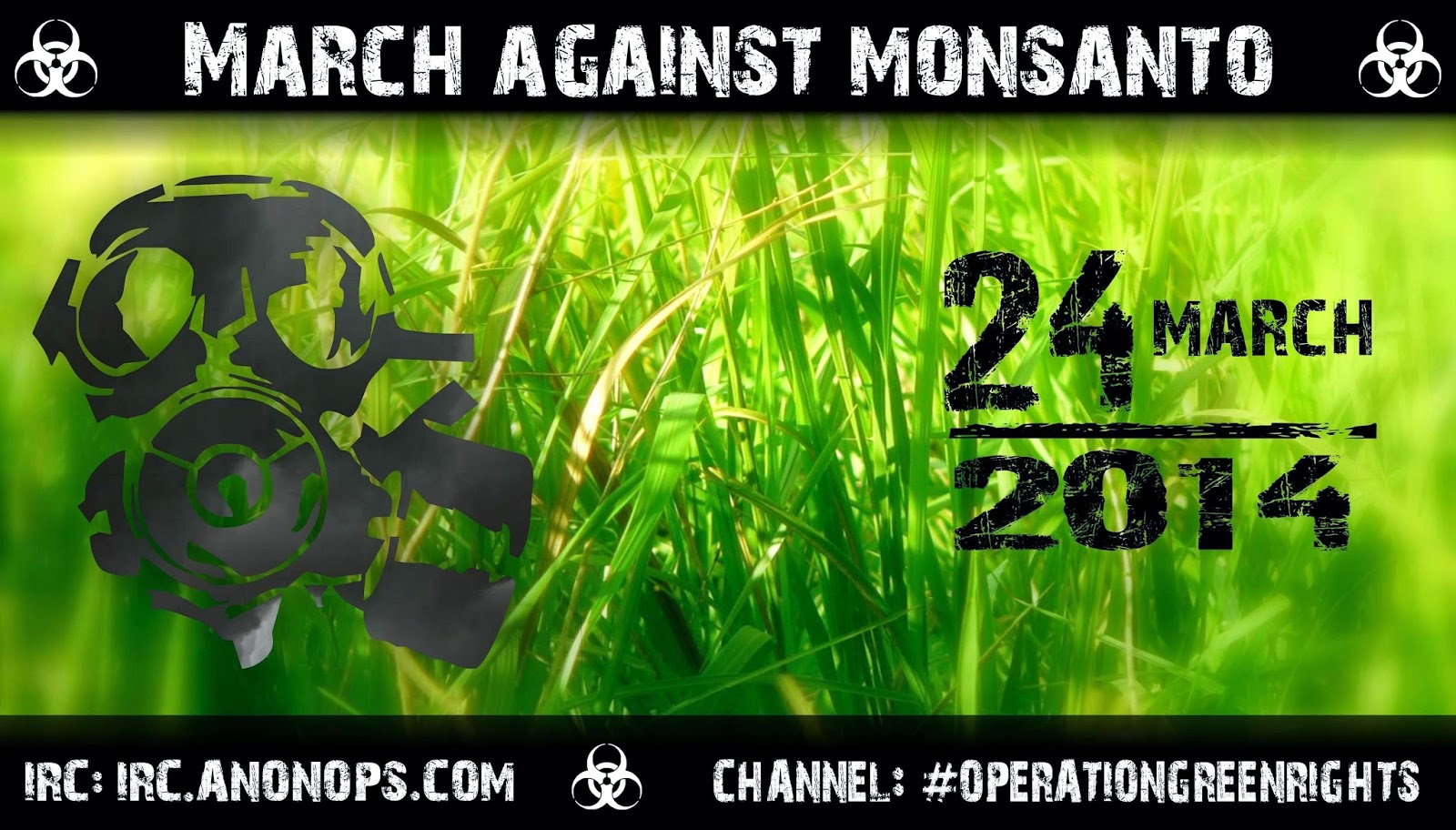 Anonymous ►March against Monsanto from @AnonymousVideo on Vimeo.

On the occasion of the international protest against Monsanto Inc. on the twenty fourth of May, otherwise known as the March against Monsanto, we join the efforts of all the groups involved saying STOP.
STOP GMO production aimed at conquering ever larger market shares.
STOP the logic of a market which produces products such as RR2, that are resilient to gylcophosphates* produced by Monsanto Inc. itself, which are very dangerous for humans.
How can transgenic crops, grown by destroying small farmers and the biodiversity that they are protecting, where carcinogenic pesticides, even harmful for the fetus, are employed, be labelled as eco-sustainable?
Organic farmers in America who see their crops accidentally contaminated by Monsanto's genetically modified seeds are then accused by the legal industry just mentioned , theft seeds, in order to intimidate them and then get them to adopt Monsanto seed or sell their lands.
Everything is filthy, grotesque and disgusting.
Damn your filthy profit, in the name of which poisoned the environment and humans.
Monsanto : Anonymous refuses your vile dominion over Nature.
Monsanto: nothing can hide the social and ecological havoc that the diffusion of your seeds and pesticides is generating globally.
Monsanto: Anonymous thinks that you should be held responsible, in front of Mankind , for genocide, environmental disaster and mass contamination!

The culprits have poisoned the minds and bodies of those that have been forced to work their lives away
They have clipped the wings of employment sectors that would otherwise have found luxuriant growth in green and renewable energy solutions
They have forced the inhabitants of Taranto to breathe in their toxic byproducts , contemptuous of their Human Rights.
We are close to the families of those whom have died, poisoned by the pestilent profiteering of the steel industry.
We are close to those who still struggle to survive each day, dragging their illnesses with them to their jobs to feed themselves and their families, their backs to the wall by a State hijacked by industrial interests covering its blood-stained conscience with poor compensation to those that embody its perpetuity while behind the scenes making shady agreements with them to capitalize on the situation.
We despise the work of those who, with their short-sightedness, have entrenched the working class with blackmail and lies, riding arrangements and derogations in defiance of the laws on emissions, making money on the skin of the citizens taking refuge behind memoranda of understanding and bureaucracy, effectively legalizing criminal activity of which working class people would be subject to prosecution and imprisonment.

Criminals, rich or poor, deserve to be punished for their wrongdoings, and the time for justice is upon us.