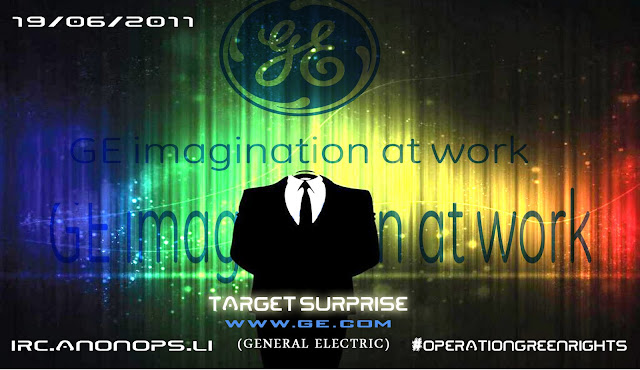 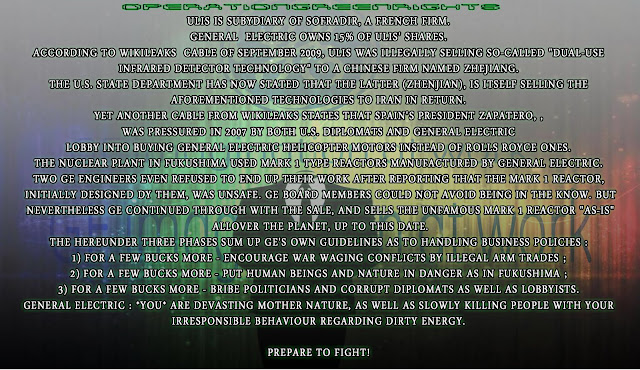 Ulis is subydiary of Sofradir, a French firm.
General  Electric owns 15% of Ulis' shares.
According to Wikileaks  cable of September 2009, Ulis was illegally
selling so-called "dual-use infrared detector technology" to a Chinese firm named Zhejiang.
The U.S. State Department has now stated that the latter (Zhenjian), is itself selling the
aforementioned technologies to Iran in return.
Yet another cable from Wikileaks states that Spain's president Zapatero, ,
was pressured in 2007 by both U.S. diplomats and General Electric
lobby into buying General Electric helicopter motors instead of Rolls Royce ones.
The nuclear plant in Fukushima used Mark 1 type reactors manufactured by General Electric. Two GE engineers even refused to end up their work after reporting that the Mark 1 reactor, initially designed by them, was unsafe. GE board members could not avoid being in the know. But nevertheless GE continued through with the sale, and sells the unfamous Mark 1 reactor "as-is" allover the planet, up to this date.
The hereunder three phases sum up GE's own guidelines as to handling business policies :
1) for a few bucks more - encourage war waging conflicts by illegal arm trades ;
2) for a few bucks more - put human beings and nature in danger as in Fukushima ;
3) for a few bucks more - bribe politicians and corrupt diplomats as well as lobbyists.
General Electric : *YOU* are devasting mother Nature, as well as slowly killing people with your irresponsible behaviour regarding dirty energy.
Prepare to fight!
Anonymous vs General Electric - Fighting for Green Rights (Italiano)