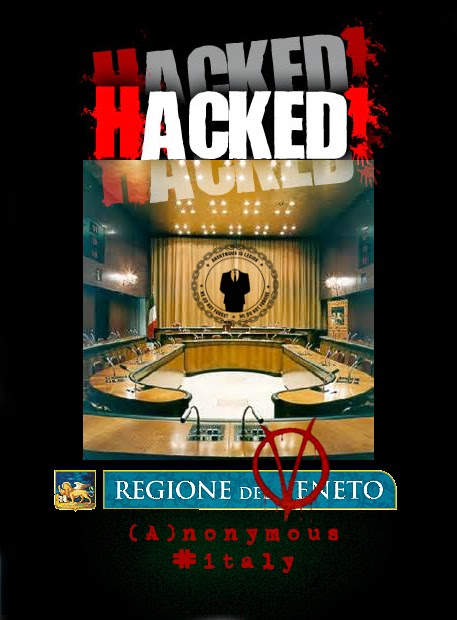 PRESS ENG
Anonymous is fighting to protect the environment and act against the corporations that systematically involve corruption and inefficiency. For this reason, we have fought against TAV Muos, LNG terminals, nuclear power plants, and incinerators.
Thus, we consider it necessary to express our opposition to dangers to our environment such as Moses, the system of movable panels that would protect Venice from flooding. The system has known design flaws, such as those related to the efficiency of metal hinges, which must be always be reliable during the rotation of the bulkheads, and which will be constantly submerged in saltwater.
One only needs to note the million-dollar system of bribes involving the former governor of Veneto of Forza Italy, Giancarlo Galan, to see the corruption within the system, ignoring logic over money.
We also wish to express our solidarity with organizations that fiercely oppose the crossing of the historic center of Venice by giant cruise ships that cause abnormal waves, thus putting at risk the delicate structure of the city. Massive pollution of the area is caused by fumes produced by these ships. Despite these concerns, in March the Regional Administrative Court of Veneto adjusted the right of vessels to pass through Venice until June, imposing a modest reduction of transits by 12%, and then would further consider the decision pending further action.
We also reported a story about an EFAL entity managed by Mario Ferrarelli - a former commissioner - and others who are now under investigation for fraud. The region is  choosing to extend ship throughfare at the expense of its previous European funding, which mentioned about 1,800,000 Euros embezzled by the director of the institution, which was earmarked for and never invested in the promised training of young people.
We also recall that in July, the Veneto Region has decided to halve funding for battered women's shelters. The nature of the Veneto Regional Council therefore does not differ from that of many other principals of an elitist state: while the impoverished masses are forced to fight for jobs that are less and less dignified and more underpaid and deprived of rights. Meanwhile, the powerful lords of the Veneto Region, headed by former governor Galan, pocket millions in bribes.
We can therefore reasonably assume that the entire Veneto Regional Council is nothing but a mass of ravenous parasites devoted to the robbery of the weakest.
This is proven by the disregard shown by the rulers of the Veneto renewing the right of passage of ships through the historic center of Venice, sacrificing the health of citizens and neglecting the artistic heritage in the name of financial gains due to the increase in tourism.
In the meantime, funding for women's protection and shelters has been cut in half, showing the true nature of the patriarchal system that controls Veneto by the Regional Council. In the name of all women raped, beaten, or killed by gender-based violence, we curse the entire Veneto Regional Council, made up of mysogynistic politicians.
We are firmly convinced that the citizens and taxpayers of Venice are perfectly capable of deciding the resources and means of production in the most efficient manner, making decisions without being corrupted by payoffs.
We support freedom of information and knowledge, the right to housing based on income, health and education, advocating the legalization of soft drugs, rights for homosexuals and transsexuals, the immediate approval of a law against police brutality, and the immediate closure of psychiatric hospitals that are little more than human zoos. Anonymous sided with the population in the fight against the destruction of their environment, with the Notav who oppose the TAV to citizen of Niscemi that fight against Mous, with the Brazilian Kayapo who seek to defend the Amazon rainforest against destruction caused by mega-dams, and with the inhabitants of Venice who are angry about the damage caused by Mose and Grandi Navi.
In this spirit, being among those who are facing the prevailing socio-economic elite who consciously choose to fight to herald in the revolutionary overthrow of the establishment, Anonymous has decided to disclose the entire email archive of the Regional Council of Veneto. The material posted here contains the emails and documents of these individuals, as well as members of these institutions who have communicated with third parties. This data has been collected via intrusion into the webmail host consiglioveneto.it
We believe in ensuring freedom of information, allowing everyone to see the true nature of the issue; in fact, to know precisely the reality of the situation, which will be a necessary condition for true change.
We therefore urge everyone to download and read the information disclosed by the current operation, and we implore the public to directly investigate the quoted material in order to highlight the atrocities of the power-hungry elite in Veneto, who are exploiting their city, the humans within it, and the environment for their own greed. 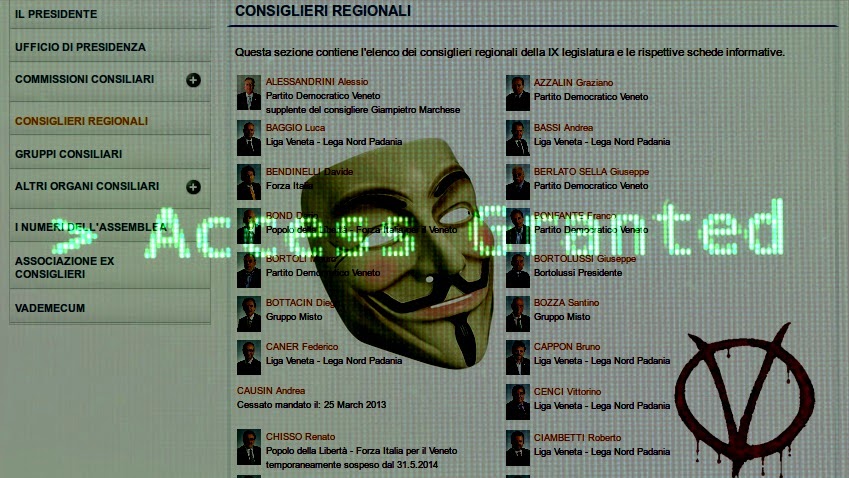 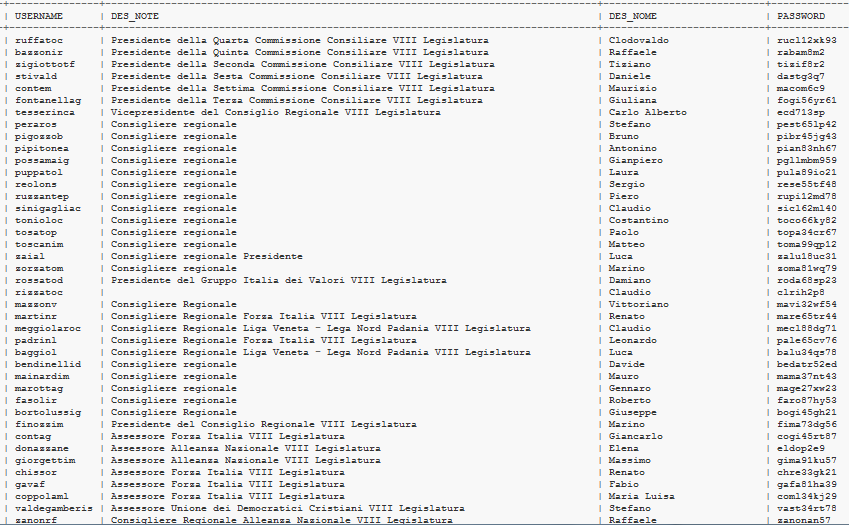 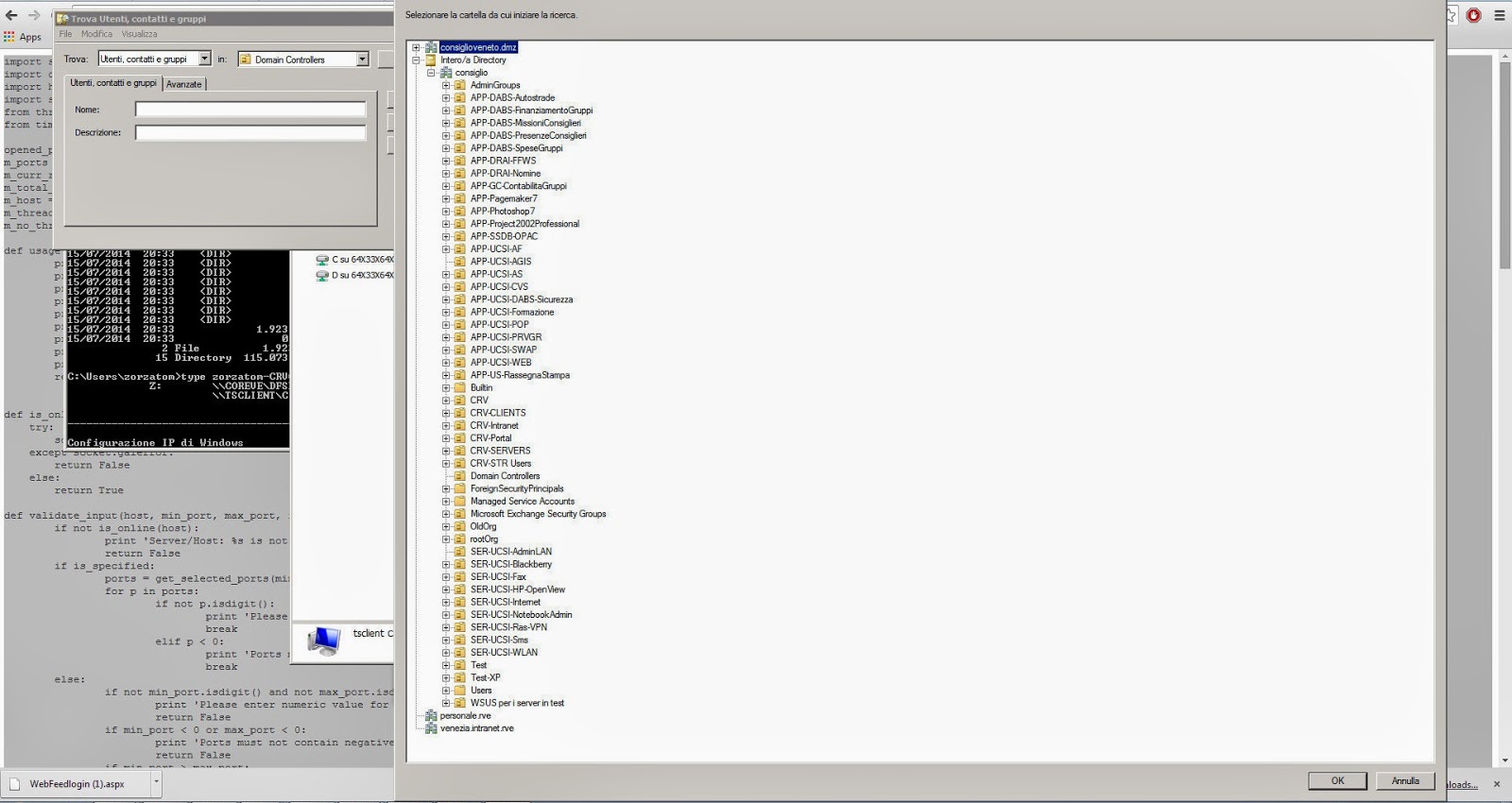