Fascists and Nordist Parties are destroing immigrants, refugees and Rom' houses in Italy. We trust on you to stop them, join the international brigades in Italy 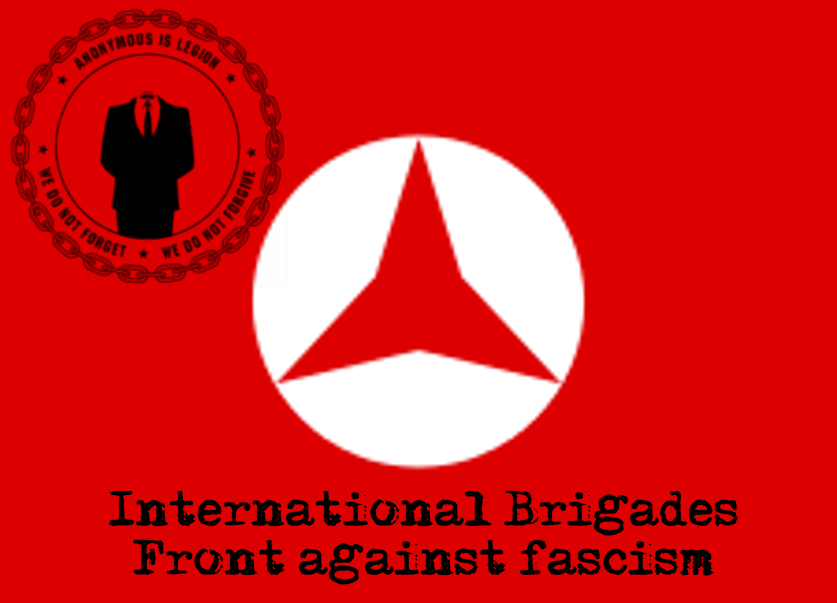 Citizens of the world
The fascist parties Casapound and Forza-Nuova with the aid of Lega Nord party are increasing their racist and fascist activities all over Italy.

A member of  the Casapound fascist party killed two Senegalese people in Florence on December 13th  2011.
Info: http://www.bbc.co.uk/news/world-europe-16166243
More recently, the Casapound party has also organized arson against Jewish markets, and targeting Jewish students with rape, as proven by Naples justice courts.
More recent fascists' actins includes:
1) On October 28th 2014, a joint group of Forza-Nuova, Casapound and Lega Nord members led by Mr. Mario Borghezio (Lega Nord eurodeputate), break into in a school for immigrants in Casalbertone (Rome). They destroyed furniture and attacked teachers and frightened away the students  in order to force them to leave the school and the country.
2) On  November 14th 2014, the aforementioned group of fascists and Lega Nord members broke into a house for children of refugees in Tor Sapienza (Rome). More information: http://goo.gl/1BgqZk
They entered the property and chased out the children, yelling racial slurs.
Police helped the fascist group to evacuate the house for refugee children and took them away. We have to underline that this episode of  fascism arrives right after almost  a week of urban violence from the Italian citizens of Tor Sapienza  (Rome) against the children's refugees and their homes. One tactic used by fascists was throwing small bombs to refugees children houses.
3) On November 8 2014, Mr. Salvini, the leader of Lega Nord went to a Sinti's hovel in Bologna in order to taunt them, asking if they pay bills for public utilities, such as water, gas, and power. We underline that the visit of Mr.Salvini at Sinti's houses comes after years of arsonism and police aggression to Rom and Sinti's village. This is a real etnich cleansing (Chronology). It is common knowledge in Italy that the Sinti are too poor so they cannot pay for utilities and they don't use it. It is also common knowledge that Mr. Borghezio, a member of Lega Nord (the same party of Mr. Salvini) had been incarcerated by an Italian State Court for arson against clochards, homeless shelters. So Rom, Sinti and Anonymous fear that the real aim of Salvini's visits to Sinti's homes had the goal of evaluating the layout of the Sintis' village in order to attack it later with fire. Fortunately, activists from the social center stopped Salvini's car, blocking his inspection of the houses. Unfortunately, he may succeed on a later visit.
We remember that the fascist party Casapound and also Lega Nord has offices in almost the cities of Italy and has announced to increase again the fascist/racist actions against immigrants and Sinti/Rom people in the next days.

Services and houses for immigrates and refugees (most of them from Africa) and Rom and Sinti's houses in Italy needs to be constantly watched to avoid fascists violence and/or arsonism, this is exactly the aim of the international brigades. It will be a very hard work, we will have to defeat the fascist aggressors which are conspicuous and tollerated or substained by police and even by people.

Citizens of the world,
We are sure that you refuse the violence, unhumanity and violence of fascism and racism.

We will fight with all our energies in order to avoid a second fascist regime in Italy.
We need your aid to develop the International Brigades Front against fascism.

Firstly we must protect Rom, Sintis and immigrants from fascism.
Citizen of the world, come in Italy to help the resistance against fascism!